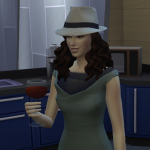 Meet Ragamuffin Jones. She moved into Willow Creek on the first day of winter, without a simoleon to her name. Tough luck? No way, she chose this life! She was stoked to spend her time outdoors, meet new people and have new experiences. 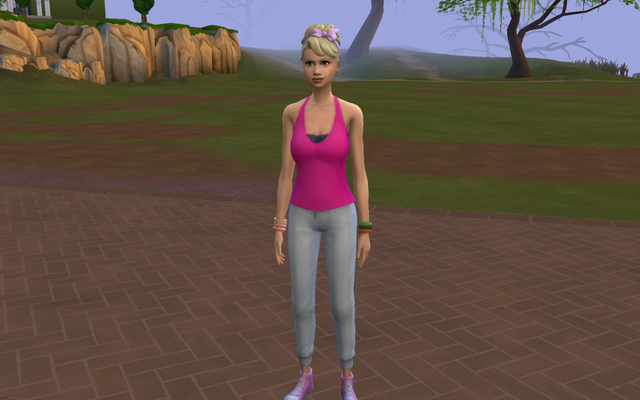 Ragamuffin acquired a large plot of land for a garden. It seemed like a place with good soil. She picked some wild pears and planted them. She investigated some funny-looking rocks and found some useless statues and fossils that apparently were valuable to someone, for she was able to sell them and buy vegetable plant starts and planting supplies. After planting her first crop, she had fun fishing, dumpster diving and woodworking. She rapidly developed a love for the dumpster in Evergreen Harbor, the beautiful museum in San Myshuno, and the friendly folks who spent time there. Once she picked up the guitar in the music room at the museum, and a stranger gave her a tip, even though she thought she sounded terrible! People can be so kind. 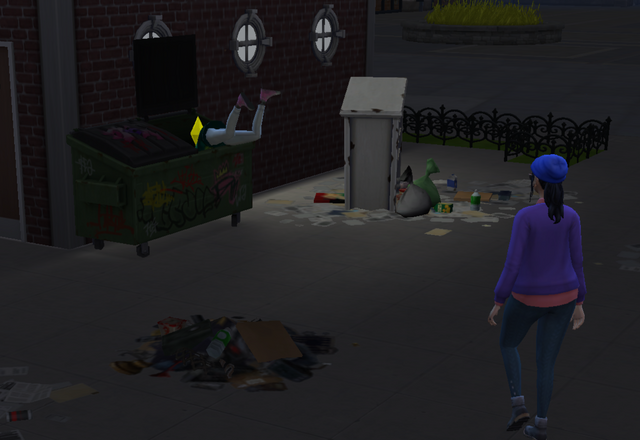 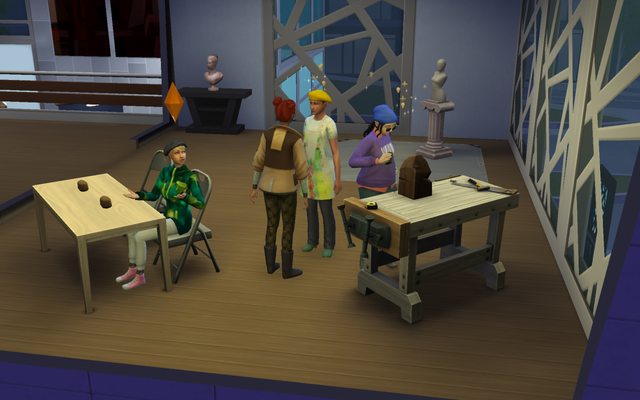 Any bench served as a fine place to nap, but the museum was the most beautiful. 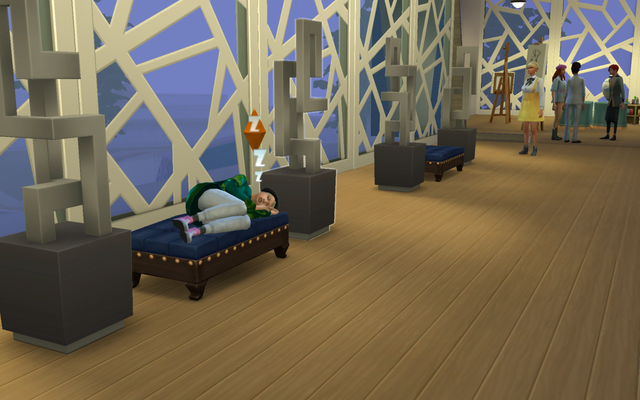 A food stall opened next to the garden, and Ragamuffin enjoyed their curry and hot cider. She settled into a happy routine of sleeping on benches at night, eating a hot meal at the food stall in the morning, and wandering around meeting new people, digging things up and nibbling pears from the trees. When the ground froze, she built a little garden shed to start plants and then move them outside. 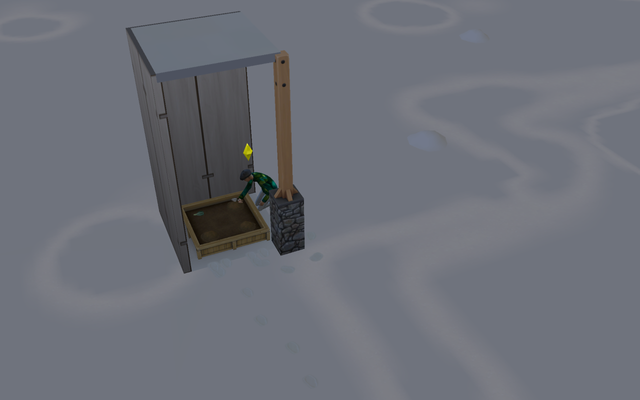 Her freewheeling life was about to get more complicated, however. Her friend Fatima invited her to the GeekCon, and then abandoned her as soon as they arrived. Ragamuffin wandered around looking at the fast-paced games and the giant rocketship. She turned around and suddenly there he was-- the cutest geek in all GeekCon. 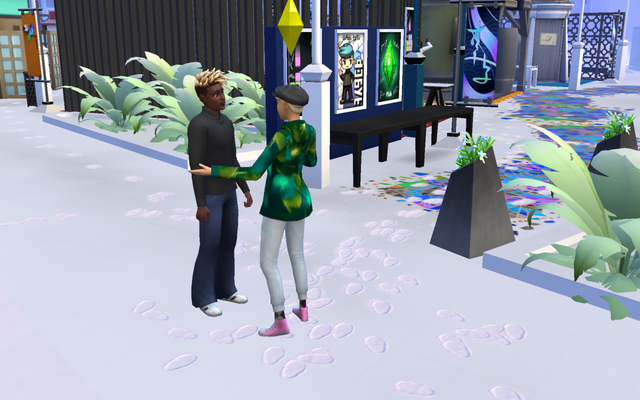 He was goofy and spontaneous, and wanted to learn and explore the world, just like her-- even if he wanted to do it through school and computers. That was okay. Also, he had a very pleasant dorm to warm up in. Ragamuffin lucked out on Winterfest and found a beautiful bicycle in the dumpster and it wasn't even broken! She visited Cameron in his dorm to give it to him as a gift, and get to know him better. 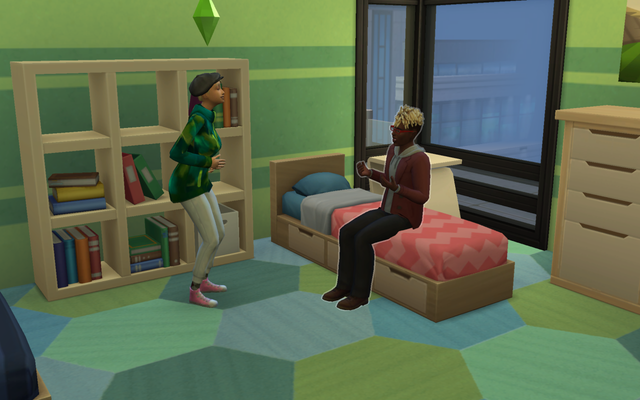 It turned into a very sweet visit. 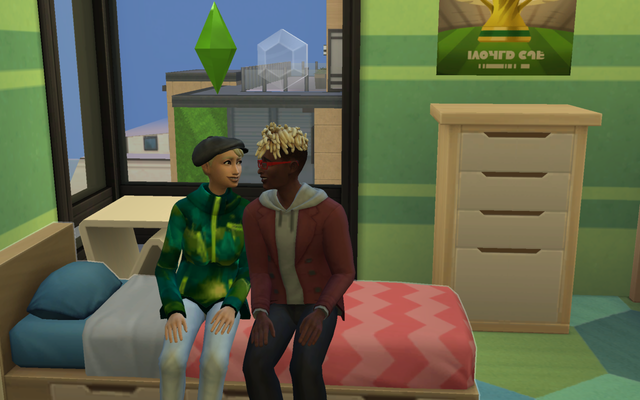 The students had to work like dogs even on Winterfest, but Father Winter still made it there! 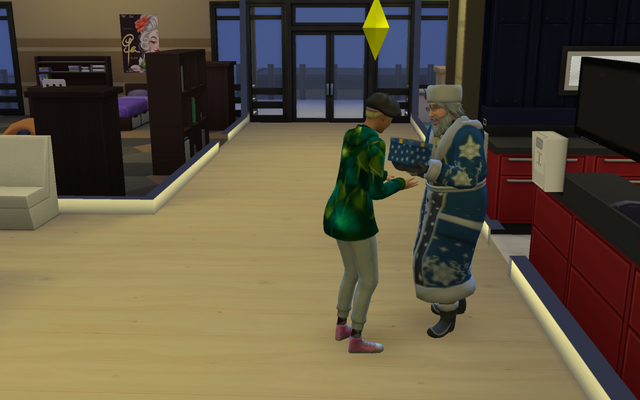 In the garden, the first harvest came up through the snow: spinach. It wasn't too remarkable a crop, but Ragamuffin was proud anyway. 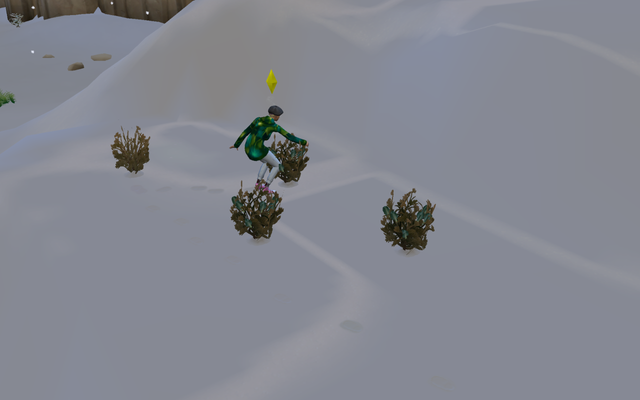 She celebrated by asking Cameron out on a date to a freegan's paradise, Myshuno Meadows. They enjoyed the bar, the comfortable furniture, the fireplaces and the complete privacy. 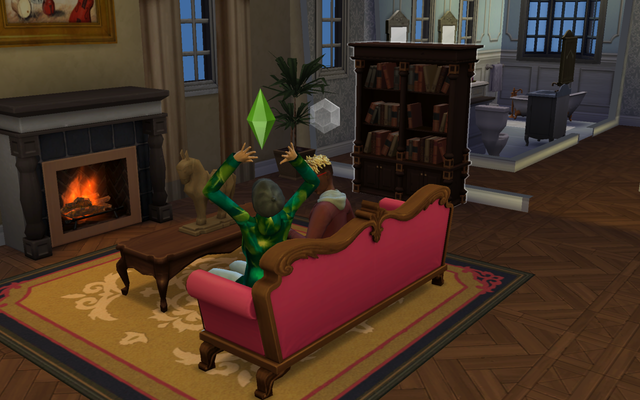 It turned into a very sweet date. 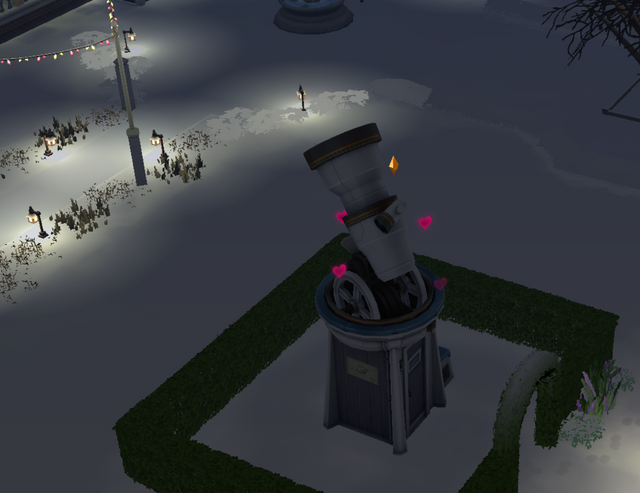 With more crops coming in, Ragamuffin was able to improve the garden shed a bit. As she worked, she began to imagine what it might be like to spend her outdoor life with Cameron. Would he enjoy living as she did? There was only one way to find out. 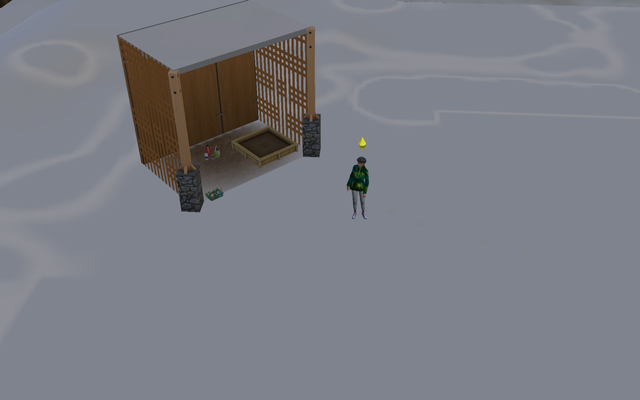 On New Year's Eve, the Romance Festival came into town. Ragamuffin and Cameron enjoyed the sakura tea and played in rose petals. Ragamuffin took a deep breath and seized the moment. 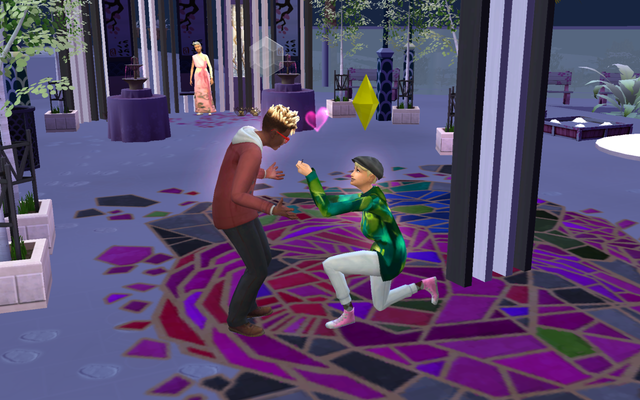 She knew that no matter what happened, she'd have to find some ways to earn a few more simoleons. She resolved to do some more guitar playing, earn some tips, and make her garden into more of a home that she and Cameron could enjoy together. 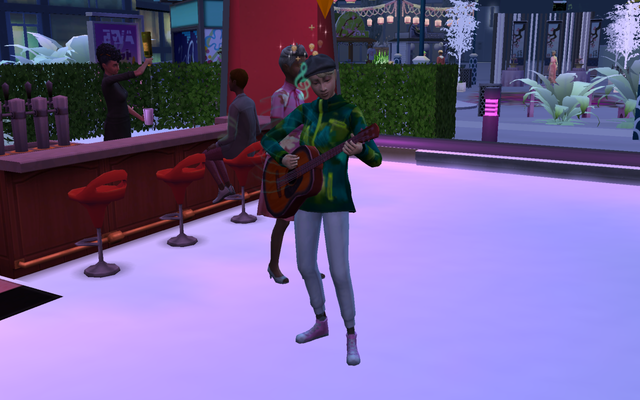 They spent their first night together in true freegan style: 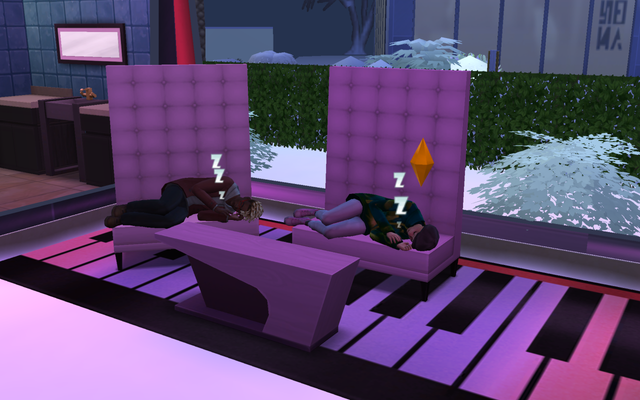 Post edited by mightysprite on June 14
It's a big world. I'll go wherever it takes you.