White
Sign In · Register
Home› Creative Corner› The Sims 4 Challenges, Stories and Legacies
❄️ The official gameplay trailer for Snowy Escape just dropped! ❄️ You can watch it here.
October 23 - Everyone ready for the Friday Highlight? It's ready for you here. 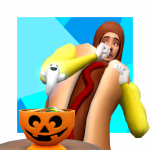 I've posted a few of my works (builds and some of my game's happening) on these forums but I've always wondered how my life would've been if I didn't take that architecture degree and just went with my other true love: writing. You see, in my life I've come up with a few "short story" ideas: five specifically. These ideas never got past the drawing board (aka my mind) and/or past a few IRL friends. They are in the early stages of development and always stay that way due to lack of time and will to take them further. To compensate, I usually play them out in The Sims.

Today I bite the bullet to find out if anyone would actually pick up my work. Here are some of my stories: complete with Sims illumination! I guess you can call this a storytelling showcase of my game(s). If you do read them, please offer some constructive criticism since I would really like to get better.

Inspired by 乙女ゲーム (otome games) or Japanese dating simulators, Unloved follows teenage orphan Elia who was adopted into the Royal Family. Far from her unloved years in the orphanage, she finds herself in a grand chateau in a sleepy town where she realizes everyone now seems to love her?!? Or do they love her newfound status and money?