White
Sign In · Register
Home› The Sims 3› Help Center› The Sims 3 Help & Technical Discussion
September 18 - Everyone ready for the Friday Highlight? It's ready for you here! 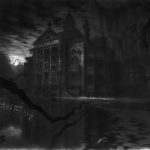 GraceyManor Posts: 17,910 Member
September 17 edited September 17 in The Sims 3 Help & Technical Discussion
To make a long story short laptop keyboard stopped working decided to get a gaming desktop, it worked well for a few days, then suddenly
had bad graphics in Sims 3, after troubleshooting with manufacturer, they determined a faulty card.And suggested to return it to the store and get a new one so I did, and that one did the same, plus that one had line tearing upon booting up, so once again returned it and went to another store.
Got a slightly different computer.And still have issues.

This was taken with a phone camera as the graphic issue doesn't show up on regular screenshots.

This is what the game is doing.With a few adjustments in control panel, I was able to get this to look a little better.
However, there is flickering in my game.


Graphics card is recognized by game.
FPS is set to 60.Vysnc is on.
Fixed the texture over ride in the srg files.
Gracey's CC Find Site
https://graceymanorsims3.tumblr.com/
0
Sign In or Register to comment.
Return to top