What do young people want? 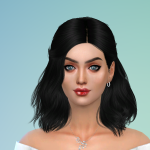 dearie_blossom Posts: 298 Member
September 10 edited September 13 in The Sims 4 Game Feedback
Everytime the community is dissatisfied with the theme of a pack I keep hearing that EA is marketing to the new generation, that they want to attract younger players. It makes sense to bring in a new player base but is what The Sims 4 Team delivering lately really what 13 year old girls want?

The things that I liked in the Sims game as a teen and now in my mid/late 20s is pretty much the same: romance, going on vacation, becoming a celebrity and starting a family. Are modern teenagers really that different? If they got to choose between a Star Wars GP and a Generations GP would they really choose Star Wars?

In my opinion young simmers and old simmers aren‘t different at all when it comes to the content we like.
Post edited by EA_Joz on September 13
27