White
Sign In · Register
Home› Announcements› The Sims 4 Latest Patch Notes
The Sims 4 will be FREE to download across PC/Mac & Consoles on October 18! More info here: here
September 23rd- It's time for our Friday Highlights! You can check them out here! 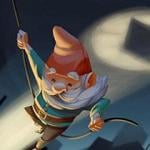 We have a small but important update for you to address a couple of critical issues. As well as a “Coming Soon” feature announcement that you can find in The Gallery! We hope you will join in on the fun as we get closer to the 17th! Check out the Gallery for more details!

And now onto the fixes:

Sims 4
Get Together
Discover University
Eco Lifestyle
Tiny Living
48
Sign In or Register to comment.
Return to top