Sims 4 has a BIG problem with personality mechanics. 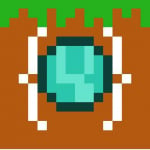 The Sims 2
-Emotions:
Sims show emotions using animations. When and what they show is based on their Aspiration meter level, their need level, their memories and their interactions with other sims/objects/events
-Memories:
Sims 2 has the best memory system where every major event (and some minor events too) are saved and some are even integrated into Gameplay.
-Fears:
Every sim has Three fear slots. Doing them causes the Aspiration meter to go down. They are chosen based on the sim's traits, Aspiration, and recent interactions.
-Wants:
Every sim starts with 4 want slots. You can add up to two more by doing some stuff like going on vacation and Studying at University. Extra want traits exist to signal "Sim growth". Wants are chosen from "Want trees" based on recent interactions, relationships, sim's traits, sim's aspiration, and even on random (Same with fears). Fulfilling wants causes the aspiration meter to go up.
-Traits:
Sims 2 has a point system where sims are assigned hidden traits based on the points given to them. 1-3 points mean negative trait, 4-7 mean no trait/neutral, and 8-10 mean positive traits. These hidden traits affect almost all aspects of a sims life by changing chances and adding unique animations to the gameplay.
-Attraction:
In CAS you choose turn offs and turn ons for each sim. The game compares the Turnoffs/Turnoffs, traits and other things between each too sim upon first interaction (and/or when a sim checks another one out) and determines how attracted they are to each other. Changing the chances of successful romance interactions between the two sims appropriately.
-Aspiration:
TS2 had two Aspiration systems. The primary aspiration system was affected based on how much wants and fears were completed and could make the sim feel always happy or make them go insane. It also turns platinum when a Sim's lifetime wish is completed. And rewards each sim with Lifetime points that can be used to buy rewards.

The Sims 3
-Emotions:
Certain moodlets handle different emotions, each with their own animation. E.g. The fear emotion is a moodlet. This allows sims to have multiple emotions at once. While yes one can override emotions and change them it takes effort and time to do so.[/b]
-Memories:
Some moodlets act as short term memories like the one sims get after they come back from vacation. They also factor in when the game wants to generate wants. Other longer-term memories go into the memory scrapbook (each with screenshots) where you can give them a description and share them with your friends.
-Fears:
Since there's no aspiration meter system in TS3 there aren't any fears in, either. The game tries to offset the lack of consequences in other areas like the reputation system and the celebrity gossip system.
-Wants:
All sims get 4 wants slots, we still have wants but this time they will fade away if the player doesn't occupy want slots with them. And occupying one want may generate other wants. And they're generated based on recent interactions and traits.
-Traits:
TS3 has the highest number of both traits and hidden traits in any game. And most of them interact with each other and change the sim's personality in different ways. By using idle animations, unique interactions with unique animations, and changing the success chances of some interactions.
-Attraction:
Turn offs and turn ons don't exist in TS3 but the Attraction system does. It matches two sims based on their traits, their favorites and most importantly their zodiac signs
-Aspiration:
The aspiration system is replaced with Lifetime wish in ts3. It is a hard objective chosen in CAS for each sim and completing it rewards the sim with a large sum of Satisfaction points. Sims also passively get satisfaction points while their needs are high. Doing wants also rewards sims with Satisfaction points.

The Sims 4
-Emotions:
Emotions do exist separately in the game and have emotional deaths, unique animations, and career/skill boosts which is pretty nice but right off the bat there are many problems with them. The environmental emotional aura system is OP. Negative moodlets aren't powerful enough. The uncomfortable moodlets don't boost negative moodlets and the fear emotion is completely missing from the game.
-Memories:
Some moodlets are supposed to act as short term memories that change the sim's overall emotional state until they're active. But they're either too weak to do that or can't beat the problems of the emotion system. The memories system that is linked to the screenshot system is so lackluster in regards to gameplay that most players often forget about it.
-Fears:
Now the lack of fears in TS4 would be fine if the game had any significant amount of consequences and a "dark side". but it doesn't. So we NEED them back
-Wants:
The whims system in TS4 seriously needs an overhaul. Most whim trees should be tweaked so that the whim generation makes more sense. The whim generation should be linked to recent interactions and affected more by traits. We need 2 new non-emotional whim slots AND we should be able to replace one of the non-emotional whims with the current emotional whim we have locked so it doesn't get lost.
-Traits:
Lot traits and recent traits in packs have been pretty nice (particularly Paranoid) but there are two problems. The first one is that we need more traits (especially ones that are like their TS3 counterparts). And we need a base game trait overhaul. As of right now, they're simply "Haha your sim gets a boost in this skill and gets a moodlet every other time." We don't want that.
-Attraction:
No attraction system!!! It's surprising how we're 6 years in and EAxis didn't add some kind of attraction system to the game yet.
-Aspiration:
In TS4 sims can switch between Aspirations and that's fine. What is not fine that the aspirations are too easy and new aspirations that get introduced in packs are basically tutorials that show that pack's features to the player. If aspirations are tutorials then why we still have the Lessons section in Pause menu EA??????


What can be done to fix them?
Ideally, after EAxis has done releasing DLC for TS4 they should take a year or two to fix core base game issues. IN THIS ORDER:
-Fix as many bugs as possible
- 👏 WE 👏 NEED 👏 MORE 👏 CONSEQUENCES 👏
-Revamp base game traits to be more like their TS3 counterparts
-Add an attraction system and zodiac signs.
-Nerf the environmental emotional aura system so they take a longer time to go into effect. And their effect shouldn't be this OP.
-Uncomfortable moodlets should boost negative emotions in one way or another.
-The memory system should be integrated into sim autonomy. Automatic memory generation should make a comeback too.
-The Whims system should be overhauled to allow for more whims. The whim trees should be tweaked to make more sense and new trees should be added for EPs and GPs past Get Famous.
-Aspirations should be tweaked to become real challenges, and tutorials for new GPs and EPs past Seasons should come back in the form of lessons.

Werewolves and Lycanthropy: What i wish to see in a werewolves GP
16