White
Sign In · Register
Home› The Sims FreePlay
July 8 - A patch for The Sims 4 is ready for you to install it! Check the patch notes out here.
July 8 - The Sims Spark'd, coming July 17th!

My thoughts playing the Sims Freeplay so far.

Nikkei_Simmer Posts: 6,411 Member
January 26 in The Sims FreePlay
Getting my fix of The Sims with Sims Freeplay. It’s a free mobile game so I don’t bother wasting money on cash in game. It’s fun to a point but despite using Sims 3 music; doesn’t come close to the happiness that The Sims 3 gives me. This one is just a “do a couple things and sit n’wait for tasks to complete”. Which are pretty much standard modus operandi for mobile games. The Sims in Freeplay are just blockier versions of Sims 4 sims with the silly inanity that typifies Sims 4. And is amusing up to a certain point but repeated applications of a fart joke does not a relationship make. Just have to deal with the rampant silliness. 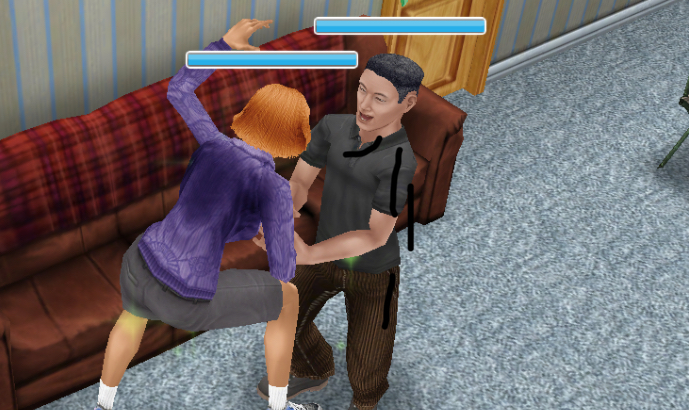 Well since I am only in my first few hours playing this game it appears as though I will reserve judgement until I’ve played this more extensively. But I feel this is just Sims 4 Lite and not much to write home about.

At least with the update my old eyes can actually see the 🌺🌺🌺🌺 menu system and not the mini popups that they had pre-latest update which practically gave me eyestrain playing this on an iPhone or should I call it iStrain.