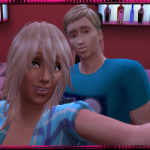 purpleto280 Posts: 949 Member
January 2020 in Mac - Technical Discussions
Bought and downloaded the new Stuff pack TL and now my game boots up but then after seconds of it starting the launch it crashes, I don't even get to chose to load or start new game. What to do.... does this have something to do with the legacy that is coming out or that is out. As My Mac is way newer then 2012. As well as I have windows 10 on it, which is where I am loading and trying to play the game.