White
Sign In · Register
Home› The Sims 3› Help Center› The Sims 3 Help & Technical Discussion
July 10 - Everyone ready for the Friday Highlight? It's ready for you here!
July 8 - A patch for The Sims 4 is ready for you to install it! Check the patch notes out here.
July 8 - The Sims Spark'd, coming July 17th! 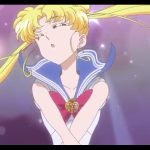 riccardouga Posts: 406 Member
September 2019 edited September 2019 in The Sims 3 Help & Technical Discussion
Hello everyone, I have reinstalled the whole game with all expansions/stuff packs(all disc versions) on my new laptop Asus gl703gs-e5012t and I noticed that the surprised animation (when selecting cuddle and then "activate vibration") between two sims is missing. Strangely the animation of the single sim on the Vibromatic Heart bed is present, and even the occasionally "feeling nauseous" moodlet appear...

I'm on patch 1.67 and I even patched the game in a gradually way. I'm saying so because even on my sister's laptop that animation is missing.

Now my question is, there's something can I do about this? Is the animation depending by a trait? Please I've tried everything but I can't find any solution...
I have already used the traits that are listed here with no luck:
https://sims.fandom.com/wiki/Heart-shaped_bed

I remembered that when I was playing years ago on my old laptop (that don't met requirements) that animation were always present. The game was on patch 1.66 and Windows 7

if someone could check&test that animation for me in game I would really appreciate it. Thanks in advance
Post edited by riccardouga on September 2019
0