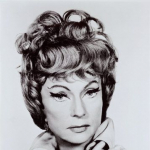 Dannydanbo Posts: 17,423 Member
April 2019 in The Sims 4 Packs Discussion
I finally decided who I will use to play the mystery again, only slower and more carefully this time. I've decided to move a revamped version (using Strangerville and GF) of Sterling Archer and his 🌺🌺🌺🌺 team into Strangerville. They'll live in the mayor's house (Malory will only live in the biggest house in town) after having kicked him out. Then, the team will investigate the mystery in a way only Sterling and company can. Beware Strangerville, you'll never be the same.
2