White
Sign In · Register
Home› Announcements› The Sims 4 Latest Patch Notes
February 3rd- It's time for our Friday Highlights! You can check them out here! 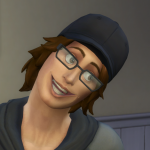 You better sit down for this one. Sit! Stay. Good.

There’s a bit here, a bit new, a bit old, a bit no longer busted. And it might take a bit of time to bite through it. So, let’s roll over, try not to get dogged down, and dig on in.

What’s New?
Alright, stop playing dead. Time to heel in. Get through the final stretch, and really let our tongues wag.

General Issues Get to Work Get Together City Living Outdoor Retreat Vampires Movie Hangout Romantic Garden
Ok, that was a lot. Let’s just close this out simply, with a handshake… shake. Good. Here’s a treat, now out you go. Go on, time to pee. I’m off to cat nap.
-SimGuruGnome

Post edited by EA_Mage on November 2017
168
This discussion has been closed.
Return to top