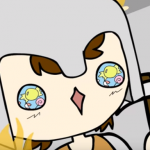 Heya! My names Carolina Smith. But call me Carol, everyone does. Anyway, I'm 22 and I just recently moved to Oasis Spring to look after my older brothers place while he's overseas. He's doing some kind of charity work, I think he's helping build homes somewhere. He said I could stay at his place as long as I keep things clean, pay bills and stuff. I mean how could I say no to that... well I kinda had no choice because my mom was getting tired of me staying in her basement without a job. So here I am. *laughs*

So this is my brothers place (by the way, my brothers name is Daryl)... kind of bland but hey beggers can't be choosers. I'm surprised he keeps the inside as clean as it is. Lemme tell you, you've never known true terror until you've seen a teenaged boys room after it hasn't been cleaned for a month. *shudders* I can still smell the sweaty socks.

At the very least Daryl is a work out nut like I am. Let off some off some energy on the old punching bag. Insert Rocky theme here!

After working out, theres nothing like unwinding with a little bit of yoga. Experience tranquility....

I was surprised when the front door opened and a pretty good looking guy came in.
Carol: Hey, nice to meet you but do you usually come into peoples houses without knocking?
Johnny: Daryl gave me the key to his place so I come and go, just wanted to check who was invading his place.
Carol: I'm Daryl's sister, Carol. I'm housesitting for him.

Johnny: Oh yeah, Daryl told me he had a little troll for a sister. Not gonna lie was expecting someone different.
Daryl: *laughs* Well, don't wanna brag but I got the good looks between me and him. Big bros just jelly.
*Both Laugh*
Turns out, he's one of my neighbours and Daryls friend. His names Johnny Zest. We chatted for a good while and I will say we hit it off great.

Johnny's phone went off in the middle of our conversation. He excused himself, apparently he has an exercising routine and it was time for his jog. I can respect that.
Johnny: Sorry, this'll only take a little bit.
Carol: No problem, I was going to walk around the neighborhood myself.

Feeling sudden energized, I decided to jog around to find some more people.

Moira: It's awful nice of you to help your brother.
Carol: He'd be lost without me what can I say?
This was Moira Fyres, she lives over in Windenburg with her husband and her daughters. Though while we were chatting this random kid came up to us and watched us talk.
Carol: Um... can I help you?

Eventually I made it back to the house to find Johnny hanging out watching a movie on tv. So we decided to sit and chat, it almost feels like I've known this guy my whole life. It helps he's got a pretty good sense of humor on him.
Johnny: And then me and Daryl spent the night in jail in our underwear. First thing Daryl says is 'we should do that again.'
Carol: Heh, yeah sounds about right.

Johnny became interested in my little book collection. Hey, I may be a work out addict but that doesn't mean I can't appreciate a good book every now and again.
Johnny: Kind of books you in to?
Carol: Oh little bit of everything, I do like a good fantasy or sci-fi book.
It started getting late and Johnny had to head home. Bidding him good bye and inviting him back anytime, I decided it was time for me to get some food in my belly.

It seems Daryl still had some food left... not much but theres enough to make a salad. Better go shopping later.

After a quick snack I decided to play some Sims Forever... been a while since I spent time with my little virtual family.

When my Sims burnt the house down I remembered why I didn't play this family often.
Carol: Serious Evan, get your life together!
Not wanting to stay in the house, I decided to head to the nearest bar for a drink. Daryl says the Rattlesnake Saloon was a pretty good place.

It was a cozy little place with a wide screen tv and good music... though the first person I see seemed to be having... problems...

Carol: Excuse me... are you okay?
???: Huh!? Oh, sorry was I spacing out again?
Carol: Looks like it.
Anaya: Sometimes I have weird out of body experiences usually it happens at home. I'm Anaya Jang.
Carol: Names Carol Smith.

While me and Anaya chatted, thankfully she seemed normal after that initial weirdness, another girl came into the bar and she looked pretty down...

Carol:Hey, everything okay? Seem kinda down.
???: Oh... yeah. It's just been a pretty rough day.
Turns out this was one of Moira's daughters, Siobhan Fyres. She didn't go into what was wrong but then again it wasn't any of business, I at least got her to laugh a little bit. Also this guy in an ugly sweater seemed really into the movie that was on

I decided to get that drink I wanted.
Carol: Uh, can I get the special please.
Bartender: Sure thing.

Oh the heavens must've blessed me. Not only is this guy good looking he's also into sports and working out like me.
Ray: We should work out together sometime.
Carol: Oh totally!
Ray seems like a good guy, though he did seem a little touchy and snapped at me. Eh, we all have our days.

And Ray started doing push ups in the middle of the bar... okay.[/img]

Once I got my drink, something called a Plasma Jane, I went back to lounging area were I met some more people.
Rania: I'm Raina, this is Mitchell, J and Kaye.
Mitchell: Hey.
J: Greetings.
Kaye: Hello.
Everyone in this town seems so nice. I think I'm gonna like it here.

While we talked this guy in a trenchcoat seemed to suddenly appear... like one minute that seat was empty and the next he was there. Weird...
Rania: *whispering* Vladislaus, you can't just morph out of nowhere... people will get suspicious.

Suspicious of what? Have I walked into a strange town?
Vladislaus: What are you looking at? *hisses*
Carol: Okay... nope...

Ray seemed to calm down and apologized for his little outburst earlier
Ray: Sorry man, sometimes I can overreact at stuff.
Carol: It's cool.
We shared a bro hug.

It was around this time my stomach started feeling weird... oh man I hope the bartender didn't put something in my drink.
Ray: You okay?
Carol: I dunno, I think it's time for me to go home. I'll talk to you later.

I sluggishly made my way home and settled into bed. Hopfully my stomach settles before I go out looking for a job tomorrow


[A/N: I hope you enjoyed this first episode. My Disney princess legacy challenge was stressing me out so I decided I need a casual playthrough. This series may go on generation to generation ( not exactly a legacy challenge, obviously I'm not going to go for 10 generations, I'll just change the main character after a while). Also it seems Mitchell is married to Raina... don't know how that happened....but it did.]