White
Sign In · Register
Home› The Sims 2
October 23 - Everyone ready for the Friday Highlight? It's ready for you here. 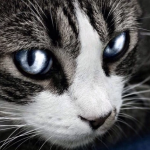 Kay8Orange Posts: 290 Member
September 2017 in The Sims 2
I was roaming around YouTube last night and came upon this.

Interview with Bella Goth
Bella Goth disappeared in the summer of 2004, a team of highly trained SimCity investigators traveled far and wide and managed to track her down and asked her a few questions. This is their published interview.

Rckljohnson: Where are you now?

Bella: Apparently I'm in a place called Strangetown and indeed it's an appropriate name. I'm not positive what happened or how I got here but I've begun seeing a therapist and my hypno-therapy sessions have been very productive! I've also been reading my diary, I always keep it close.

Bbygrl814916: How come you don't have any memories of Mortimer, Cassandra and Alex?

Bella: I couldn't remember anything for months after the abduction, just a flash and then nothing, but with the help of my diary and my therapist the memories are slowly starting to come back. It's hard to remember things that happened longer ago like Cassandra being born or even my wedding but I remember my family and how much I love them. I even remember some of the work Mortimer was doing before I was taken. He was getting very close to creating a permanent life extending elixir. I was worried he was spending too much time on it. He'd already been successful with a temporary version and it had become wildly popular throughout the town. I guess everybody wants to live forever!

simgelf: What happened the night you were abducted? Did the saucer crash?

Bella: I'm not sure about all the details but I've had dreams of being in some kind of ship, I don't think there was a crash or I wouldn't have woken up. I remember green men with big black eyes, it didn't make much sense then and certainly doesn't now. It seemed like only moments and I was somewhere entirely different.

Simology022: What exactly were you DOING on Don Lothario's roof the night you disappeared? How do you feel about your daughter's romantic relationship with Don?

Bella: I think Don Lothario is a misunderstood man. He moved into town and seemed so lonely. He was so different and "urban" that the neighbors wouldn't accept him. He needed a friend and we welcomed him into our lives. I think Cassandra had a crush on him from the very start and unfortunately I think he had a bit of a crush on me. I don't really think Don is right for Cassandra, but she should follow her heart - don't tell Mortimer I said that. The night I left Pleasantview I was over at Don's house talking to him about life, love, and how he was feeling being the new guy. It was a nice, warm starry evening so we were outside on the roof looking at the stars. All I remember is the flash of light and waking up in a strange place.

Chair492: Did you cheat on poor old Morty?

Bella: Of course not! I love my husband and I love my family, they are everything to me. I've never loved anyone like I love Mortimer Goth. He's just so silly, so cute, a side of him most people don't see. Most of our neighbors thought he was "too smart" or boring and that he couldn't possibly be "fun".

poochdog25: I'd like to know if Dina Caliente was in on this. I've noticed she is related to some aliens, and she came on the eve of your disappearance, and now she is after your husband. So where is Dina in the plot?

Bella: I didn't know that about Dina, but it makes sense. I'll probably never know for sure but here's what I think. When Dina and Nina moved into town they were certainly very forward with my husband. In fact, it was almost insulting how openly they were trying to win him over, as if I didn't notice! I think someone sent Dina to town specifically to pull Mortimer away from me. I know he's a genius and his work is important to a lot of people. I couldn't have possibly imagined that trying to create a life elixir that could help everyone would ever push somebody to ruin our marriage! And why take me away from him? Perhaps they thought I was a distraction and believed that taking me away from the love of my life would make him stop his work.

simslover210: What is up with all the rumors of you having a double?

Bella: I've heard these rumors and as far as I know they're untrue. I've never seen my double and I haven't heard any stories about seeing me with my double so who's to say it's a double at all? Though I bet my double isn't as cute.

PprFlwrs4: Why are you still young when your husband is old..and....really...eh..old?

Bella: I can't really explain it, maybe his work has backfired on him and instead of lengthening his life, it's aged him. Or perhaps the people that wanted to separate us somehow used his research and tested it on me, keeping me young.

WadeSimMiser: What happened to you when you decided to pay Pollination Technician #9 a visit? How would you explain this to your husband Mortimer?

Bella: I've met PT9, he's very nice! And his family is so sweet. They've been so kind to me as I get my bearings. I only wish Mortimer could have had the chance to meet him.

abonnell2000: If you had the option to go back to Mortimer, Cassie, and Alex, would you? Why or why not?

Bella: I've been trying to return to my family but so far, it hasn't worked. As I said, there's something strange about this town. It's almost as if every time I try to leave, I end up back here.

Dixiedawn30: Have you ever thought about changing your hair style? What is up with the red dress?

Bella: It works for me, why change?


I have no idea if this is canon in any way or form or not, but it's original source was supposedly from The Sims 2 site itself back when it was still up and running. What do you think about this? Does it answer anything to the mystery?
0