White
Sign In · Register
Home› The Sims 4 Modding & Custom Content› Gameplay Mods
April 30 - It's time for our Friday Highlights! You can check them out here!
May 13: Today is patch day! 😃 To read the patch notes, click here! 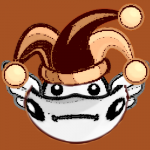 Triplis Posts: 3,005 Member
May 2017 edited March 2019 in Gameplay Mods
EDIT: For anyone coming across this thread late, the mod is now hosted at: https://triplis.github.io/mods/sorcerer.html

And updates are found there.


This will probably get moved to the Modding and Custom Content section, so expect it to disappear, relative to how active the mods are.

I released the largest mod project I've done to date. You can become a sorcerer, earn alignment points, manage your new Magical Connection Need, and cast lots of fun spells on other sims.

I didn't really plan the timing, but it tickles me that it ended up out, first day, on May the 4th. It's not Star Wars, but it is a mod about obtaining mystical powers with a "dark" and "light" side, so basically the same thing.