White
Sign In · Register
Home› The Sims 4 Modding & Custom Content› Gameplay Mods
It's Patch day! The latest update is now live for The Sims 4 which includes critical updates to Gallery and in-game profanity filters. Click here to read the notes. 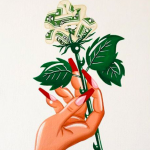 Bleubell Posts: 457 Member
December 2015 edited December 2015 in Gameplay Mods
Hey all, this thread is for requesting mod-makers to create a mod you might want or need for your gameplay. If the mod already exists, I will quote your request and link the mod. This is also a place to discuss mods! Get commenting, I want this thread to be a popular hub for mod-seekers and makers