White
Sign In · Register
Home› Announcements› The Sims 4 Latest Patch Notes
October 23 - Everyone ready for the Friday Highlight? It's ready for you here. 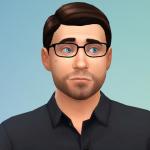 It’s May, and I’ve got a bag full of fixes… wait that’s more of a December reference. I’ve got a shower of fixes for… that’s April.

May is Autumn and Spring (depending on where you live). It’s the beginning of the end of another school year. It’s the end of an egg-citing challenge. It’s May the 4th be with you! And it’s when I have a whole bunch of updates to share with you in this release!

I’m really sorry about the egg pun. It’s best if we both could just forget it ever happened and move along…

What’s on the New side of things?
Issues Fixed (Crash / Freeze)
Issues Fixed (General)
On a side note... does anyone know if the rule of three is still in effect when expressing an idea? I only recently learned of the Oxford comma change, and the single space vs double space debate, that I feel the need for a refresher course.

Issues Fixed (Interface)
A random pause… I was reading to my child the other night and he looked up to me confused after this one part I had read, and I realized… he had no idea what a record was.

[Posted on behalf of SimGuruGnome, whose fingers fell off the second he finished writing these lengthy patch notes]
80
This discussion has been closed.
Return to top