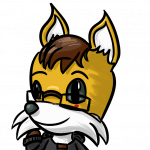 WELCOME TO MY VERONAVILLE GAMEPLAY THREAD!

Here's what's going on - I've moved in all the premade families, made a family of my own, and added Cyd Roseland, the Ramaswamis and the Ottomases to the town as well (with the bin families from Bon Voyage + Free Time, and Apartment Life to follow in later years respectively) and am playing the families in turns with a general focus on Wants-based gameplay.

Rotational means that I'll play every moved-in household for 1 season (4 days) in a round. Once I have played every household through this season I will play the eventual university students, starting with the freshmen and ending with graduating the older group. After that I will move back to the main town to start with the next season.

Wants-based means that as a rule of thumb I try to accomplish whatever my Sims get as Wants as a general direction for how their lives develop. This way I feel like I'll get more interesting stories, instead of micromanaging every aspect of their life stories myself.

My Schedule is to upload a new post on the weekend once every two weeks. Every once in a while, if I've been really productive on playing and writing, I could post 2 episodes in 3 weeks, but those are more of an extra treat than a rule.