White
Sign In · Register
Home› Feedback› The Sims 4 Ideas Corner
The latest update addressed the crashing issue that some of you have been experiencing, Click here to found out more!
November 20 - Everyone ready for the Friday Highlight? It's ready for you here. 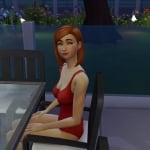 adamclark83 Posts: 638 Member
September 2019 in The Sims 4 Ideas Corner
Would it be good to have skin tones sorted by ethnic background? For example, tones for Asian Sims (Chinese, Japanese) to be separated from those suited for African and Indian Sims.

I was trying to create a Sim last night similar to this model here:
https://au.boohoo.com/tall-crushed-velvet-wrap-bodysuit/TZZ98215.html?color=105

But I had no idea which skin tone would be suitable. I was not outright replicating her likeness in the game, but someone with the same skin tone.