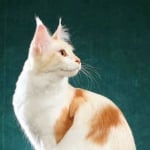 
I don't think a Patch will happen till after the 18th cause of the Sims Summit however this patch could add something for the 8th Anniversary of The Sims. I think that was delayed because of the summit.

Other then that I'm expecting the patch will be small but I could be wrong and they might surprise us with Cars in honor of the summit livestream.