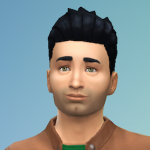 aaronrulz Posts: 3,952 Member
November 2016 in The Sims 4 Packs Discussion
I have never gotten into the whole photography thing in Sims 4. Can someone share their experience? Did you have a Sim be a photographer for their career? Did they make money? What did you take pictures of? Any and all ideas and advice I will take. Thanks!
0