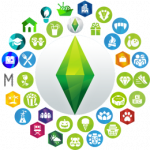 smoothyrus129 wrote: »
For those who haven't had a chance to head in game to check out the new basegame lot traits:

8 lot traits were released, 7 of them improve the skills of your sims.

Sadly, I will never use them because I prefer to use cheat codes.
Now I'm waiting for the next 18 lot traits.
Post edited by LeGardePourpre on October 2016
6