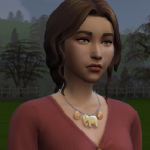 Rawla Posts: 7,356 Member
August 2021 edited September 2021 in The Sims 4 Challenges, Stories and Legacies
Heyo! Rawla here. I'm beginning a decades challenge. These are the Rules. Declaimer: I probably won't get far and my updates won't be entertaining. But the timeline method of taking notes I've seen and really like. So here goes my attempt.