White
Sign In · Register
Home› Discussion› The Sims 4 General Discussion
Fresh off the press - the April 13 Laundry List! Click here to find out more!
April 16 - It's time for our Friday Highlights! You can check them out here!
Welcome to all NEW SIMMERS joining us on the Sims forum! 🎉 Have fun on the forum and please make sure you check out the forum rules and
the rules about necroposting.
Sul sul Simmers! It's awesim to see that so many of you are starting new and interesting discussions! But please make sure that you do so in the right forum section. Thank you! 🙂 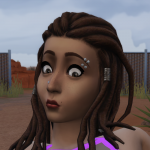 Beardedgeek Posts: 4,794 Member
February 25 in The Sims 4 General Discussion
EA is being EA again. And EA is pure greed on coffee. As always.

I am honestly surprised that the micro transactions haven't been in this game, but I guess EA must milk it since well quite frankly SIms 4 is still one of their last successful titles after all the fails with Bioware's games, Sim City, Star Wars loot boxes scandals and the loss of the Star Wars licence and FIFA lawsuits for making kids gamblers...
Origin ID: A_Bearded_Geek
25