Using lots of images or hitting us with an absolute novel? Please be courteous and use a spoiler tag for your post. Thanks!
July 1st- It's time for our Friday Highlights! You can check them out here!
The Sims 4: High School Years EP launches July 28th! Click here to find out more! 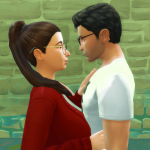 For the MySims-part:
For the Legacy-part: I'll play like this.
Goals
In order to complete a generation, the heir has to complete the Generation Rules (I call them 'Goals'). Goals are different for every generation. I'm not going to sum them all up in this thread (that's going to take too long). You can read everything in alexis3142's thread, but when you're reading a chapter, you can also find the goals for that specific generation on the right side.

Generations and Chapters
You can find all the published chapters in the second comment of this thread. Be sure to check it out!

I hope you like the story! Here's Chapter 1 for everyone to warm up.
Post edited by Skeilah on July 2

Follow the Whim Legacy - MySims Legacy
Always in for a talk - Add me on Discord! Skeilah#3953
Check out my blog!
6