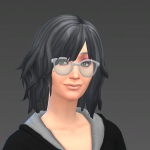 We wanted to support certain fictions and give you flexible options.

Simmer_Ray wrote: »
does any one know if the walk style optional ?

SimGuruNinja wrote: »
Some of our inspiration was drawn from...

I'm sure I'm forgetting a few.

Vampires in popular media are incredibly diverse. They have as many differences as similarities. And everyone seems to have their own specific version of what one should look like and how it should behave. So right from the start, it was very important to us to cater to a variety of styles rather than just picking one specific flavor of vamp and really let the player define what their vampire was.

BabySquare wrote: »
In CAS, can we make families of humans and vamps and them be related? (sibling/parents?)

SimGuruNinja wrote: »
Vampires can sleep in beds just fine. Well... it actually depends on their Powers & Weaknesses. There's a Weakness that will make it so your Vampire can only regain Vampiric Energy from Coffins.
So it's up to you!

SimGuruNinja wrote: »
1 sleeper at a time in a coffin.

SimGuruNinja wrote: »
Plasma Trees, Wolfsbane, & Garlic are the new harvestables for the pack.

SimGuruNinja wrote: »
Garlic makes for a WONDERFUL Vampire defense. (provided, of course, the Vampire isn't immune to its effects)

SimGuruNinja wrote: »
Collect stacks of garlic and turn it into Braids & Garlands. Place those around the home and Vamps will generally want to avoid it. But if the Vamp has Power that allows them to be resistant to garlic.... yikes. In that case I would highly suggest good Vamp Lore knowledge to maintain a healthy supply of Vampire Resistance Cocktails.

SimGuruNinja wrote: »
Organ = 10 levels. (We could have gone the easy route and just tied it to piano skill, but where's the fun in that!? There's so many new songs for the Pipe Organ it naturally made sense to give the object its own skill.)
Vamp Lore = 15 levels. (But each level ranks up faster than the normal 10 lvl skill. LOTS of unlocks to be found under this skill. VERY useful for Vamps & Humans alike)

SimGuruNinja wrote: »
^^ In this modern day and age the computer is the best place to start. Some quick research there will lead you to the right books you'll need.

SimGuruNinja wrote: »
It's not that it isn't possible. It's more that it wasn't at all a simple or trivial addition. We looked into this feature at depth. I know folks wanted this option. I did too. In the end, it was going to be quite lengthy to implement and very likely to inteoduce many (deep) bugs. The magnitude of additional testing required would have really stretched our QA folks thin. We knew some players would be upset by not including this option.

So we tried to design a set of rules to allow for players not necessarily interested in the vampire gameplay to still find this pack approachable and satisfying (while not watering down or otherwise compromising really cool Vampire gameplay for those that do want it).


Stuff other than cemeteries that isn't in