White
Sign In · Register
Home› Discussion› The Sims 4 General Discussion
June 5 - New Friday, new Friday Highlight. Check it out here!
June 3 - New The Sims 4 game update available for all platforms - Check out the patch notes here.
June 4/5 - We have released a small patch to address some issues on all platforms. Details here. 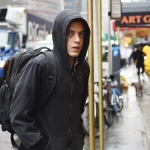 husseinandali Posts: 2,621 Member
July 2016 edited July 2016 in The Sims 4 General Discussion
inspired by anthor thread i decided to do my research in the games files and i guess i can say i found intresting things

first the planet view pics: i have no idea what those for but they are really intresting and heres the objects that were removed from the final game whats intresting in these are the mens toilts , the small telescope,toddlers toy and cash register

i also found some olympus sims and finally these are the babies skin from the renders