White
Sign In · Register
Home › Discussion › The Sims 4 Console Discussion
February 21 - Everyone ready for the Friday Highlight? It's ready for you here!
February 14 - 3rd vote results for the Community Stuff Pack are ready! 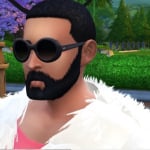 PlumbobMafiaQueen Posts: 147 Member
May 2019 edited May 2019 in The Sims 4 Console Discussion
Hi @EA_Mai do you know if they will add the Freelancer career onto console in a future update?

[This discussion was created from comments split from: Friday Highlight April 19th - A week in The Sims forums.]
0