White
Sign In · Register
Home› The Sims 4 Modding & Custom Content› Mods & CC Technical Discussions
Sul sul Simmers! Join us for the Inside Maxis Livestream HERE today, October 26th, @11 AM PT! 🎉
October 22nd - It's time for our Friday Highlights! You can check them out here! 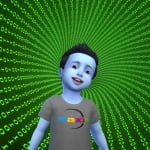