White
Sign In · Register
Home› Forum Archive› The Sims 4 Help Center Archive› PC - Technical Discussions
August 7 - Everyone ready for the Friday Highlight? It's ready for you here!
Are you ready for the The Sims Spark'd? Discuss the final episode here! Don't forget to use spoiler tags! Need a refresher? Click here!

You are browsing an archived read-only section of the forums. The Sims 4 Help Center can now be found here. 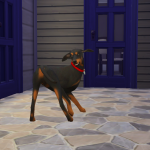 JaysWrxld Posts: 618 Member
June 2018 in PC - Technical Discussions
Everytime I try to load my household, It takes me back to the map selector. I even have a corrupt file manager, specifically made for the sims, It says I have no corrupt files and I have even repaired the game. Please help.
1