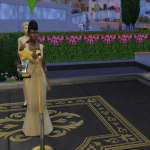 irishluck1986 Posts: 309 Member
July 2018 in Mac - Technical Discussions
what is a better computer to play on?

Lenovo
Ram 8G
storage 128g ssd
windows 10
this is a new computer I don't know if I should transfer tp play on this one. My Mac lags so much.
0