White
Sign In · Register
Home› Forum Archive› Community Stuff Pack Project (Laundry Day Stuff)
The latest update addressed the crashing issue that some of you have been experiencing, Click here to found out more!
November 27 - Everyone ready for the Friday Highlight? It's ready for you here.
You are browsing a read-only section of the forums. Were you looking for discussions around the knitting themed Community Stuff Pack Project? Click here! 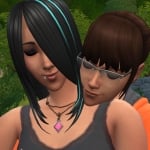 I've always been curious about the Sims that are already in the game before we start it. The starting families like the Goths, Pancakes, Behrs, Bjergsens, Delgatos etc.

Is it possible to share some inside look on who comes up with these Sims and their backstories and all? It's such a commonly overlooked thing but I'd genuinely love to know the creative process that goes into these Sims!
Keep moving forward.