"You Rule" with Options (Aliens Off / On) 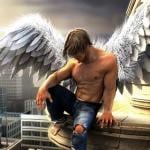 Devynsims00 Posts: 3,387 Member
April 2015 edited May 2015 in The Sims 4 Game Feedback
While I am very much enjoying this expansion of Get to Work, I would very much like to see an OPTION in not so far away patch that allows us to Turn Aliens (future supernaturals, etc.,) off. Even an OPTION for an item (similar to TS2 telescope system) that creates the option of gaining / not gaining abductions would be wonderful.

Thus maintaining the Slogan, You Rule & not forcing gameplay that may disrupt gameplay.

Watching in horror of Simmers that are getting abducted (via forum posts) does not leave me feeling very much in control or the feeling that I rule this game. I was not a fan of TS3 Seasons due to Alien abductions as it happened constantly to me as well. And while it hasn't happened to my Sims yet, I really would like to see it being avoided, not just for myself but for anyone that so desires the OPTION of allowing it to be part of their game.

The game is about Going to Work, not about getting knocked up unwanted by random alien abductions. Fun for some? Sure. Fun for all, no. Options and allowing us to feel as We Rule would be a great addition.
Post edited by Devynsims00 on May 2015