White
Sign In · Register
Home › The Sims 3 › The Sims 3 General Discussion
May 22 - Let's walk around the forums together, this week's Friday Highlight is here!
May 21, 11AM PT - Save the time for Eco Lifestyle livestream! Details here.
May 21 - Take a look at SimGuruConor's latest deep dive into Nifty Knitting: learn more about Plopsy! 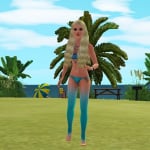 StephSteb Posts: 1,957 Member
March 31 in The Sims 3 General Discussion
I am currently on a mission to complete all Lifetime Wishes. I've gone through a few before this, but finally decided to try the ones I never finished. I am in the middle of the Seaside Savior LTW and I've noticed something funky and was wondering if this happens to anyone else: When my sim just gives CPR on the beach, it doesn't count toward her saved, only when she rescues a sim from drowning. Also, every and now and then a sim will reset and she's stuck standing there until I reset her and teleport her back.

Am I wasting my time on this one? Please let me know if you've ever finished this one. I'm really having fun with it, but a little annoyed that only rescuing drowning sims counts.
My Studio | I write books! | My blog