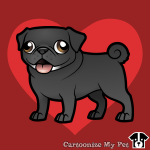 baxter_milo Posts: 1,870 Member
February 16 in The Sims 3 Help & Technical Discussion
I’m looking at a new computer. I want to run sims 3 with no cc, just nraas mods, and all store content, as well as sims 4 with cc, and mods. Will these specs work for it?