Do corrupt sims endanger a savegame? 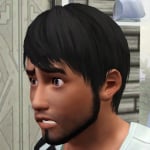 Turjan Posts: 1,233 Member
October 2019 in The Sims 3 Bugs & Issues
I have a household I play on rotation with a few issues (I have already mentioned this in a different thread). Most of the household members had some aspect that was not correct. I could solve a few by several resets (like the children that could not be aged up). Some of those with illegal trait configurations could be helped by repeatedly dropping and populating the traits again. I noticed that MC didn't really always follow the rules, either, and I repeated the process as often as it took to get a legal configuration.

Anyway, two members were a bit more resistant to fixing. Angelica had been demoted at the job twice for some reason. She had done an "overtime" work opportunity, and from that point on, she was working from 9 am to 10:30 pm every single day, and the progress bar was stuck at the end without ever granting a promotion. This behavior was reset resistant (either lot or sim).

Puzzle has a social trait that isn't visible in the menu, only in MC. It cannot be removed via MC or reset. I tried to get her a new choice of trait the normal game way (reaching level 8 in a social group), the choice comes up as normal, but choosing something has no effect (still no visible social trait, MC still sees the old one).

While Angelica still has a few options to try, I have the feeling that Puzzle is somehow corrupt beyond being fixable. Does this endanger the game, and what is the correct way to solve this?
0
Sign In or Register to comment.
Return to top