White
Sign In · Register
Home› The Sims Mobile General Discussion & Feedback
September 24 - Everyone ready for the Friday Highlight? It's ready for you here! 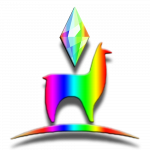 Oriba Posts: 24 Member
September 2019 edited September 2019 in The Sims Mobile General Discussion & Feedback
First of all I want to say that I really love Sims Mobile!
But I also love Magic - especially Card-Magic!

Therefore I want to suggest a new Hobby:

The required item, to start the Magician Hobby, is a Magic Table.

More items to unlock could be: Deck of Cards, Magic Wand, Magic Cane, Top Hat (Doves could fly out of this Top Hat and Rabbits could jump out of it), Zombie Ball, Candle, Cups and Balls, and so on, ...

Once learned completely this new Hobby could also turn into a new Career. Perform your Magic on the greatest Stages!

Of course the Sims could not perform entire Tricks or Routines. This would take way too long.
But they could perform very short Tricks and Flourishes.

So here are some suggestion.
For more details please watch the linked videos!

The Spring
The Magician-Sim performs The Spring. After this the Cards disappear.

Anaconda
Bone Anaconda
The Magician-Sim performs The Anaconda. After this the Cards disappear.

Tornado Cut
The Sim performs The Tornado Cut. After this the Cards disappear.

Banshees
Banshees – In Use
The Magician-Sim throws some screaming Banshee Cards. After this the Cards disappear.

Is this your Card?
The Magician-Sim asks a nearby Sim to just think about a Card. Then the Magician-Sim produces a Card out of thin air. The other Sim is surprised that this is the Card he / she was thinking of.

Floating Table
The Magician-Sim causes the table to float for a few seconds.

Josephine Lee and her Flying Ball
Penn and Teller invisi-ball thread
The Magician-Sim summons a Flying Ball for a few seconds.

Criss Angel makes a girl levitate in front of a crowd
The Magician-Sim causes a nearby Sim to levitate in mid air for a few seconds.


It's time to grab some Cards and learn!