I'm not sure we are ever getting my first pet stuff 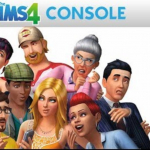 Bluebirddevil5970 Posts: 392 Member
August 2019 in The Sims 4 Console Discussion
The next stuff pack has a release date for pc and console, console 3rd September and I'm just not sure we are ever getting it cause we are all caught up bar that pack haha
0