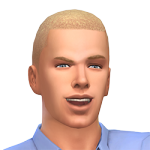 Our Sims 4 live service also continues to be a rich and rewarding experience for our players and a strong platform for growth. The Sims 4 continues to be one of the great owned IP success stories of our portfolio and we are planning for FY '20 to be our biggest year yet of new content. Knowing that, we gave more fans a chance to get into the game through a one week promotion in May to download the base game for free. Almost 7 million players downloaded the game during that time. In addition to the base game promotion, total expansion and game pack downloads also increased 55% year-over-year in Q1. We launched our seventh expansion pack, Island Living, in late June and has already become one of the best selling packs for The Sims 4. We are fortunate to have an incredibly vibrant and creative Sims community on console, PC and mobile, and we are continuing to double down on this amazing franchise to reach new players and open up exciting new dimensions of The Sims this year.

Finally, as Andrew mentioned, The Sims 4 base game promotion delivered nearly 7 million new installs, and we remain on track to have the fifth consecutive year of growth in The Sims 4 following its launch in 2014.

Now turning to guidance. Except for the increase of our tax benefit of $200 million or $0.66 a share on GAAP EPS, we are reiterating our guidance for the full year. We continue to expect The Sims 4 and Apex Legends to each deliver net bookings in the $300 million to $400 million range.


They also talked about the possibilities of The Sims being on the Nintendo Switch.

Thanks for the incremental color on The Sims. It feels like that franchise would be one that would do really well on the Nintendo Switch. So I'm curious how you guys determine which platforms you'd bring the game to or games to? And is there any reason why you wouldn't want to bring that one on there?

Any time we're evaluating platform conversations, we are really looking at a couple of things. One, does the game really fit the profile of that platform in terms of the control or the community ecosystem? Two, do we think the community playing on that platform would appreciate the game to go there? Or would they prefer to play it somewhere else?

We have a lot of data that would suggest a great many Switch owners also own a PlayStation 4 or an Xbox One or a PC and very often choose to play the games that we make on those platforms even though they have a Switch and they enjoy a lot of great content on the Switch. And so there's always an evaluation process that goes on a case-by-case basis. And I wouldn't say that The Sims would never go to the Switch, but I think we're doing really, really well attracting Sims players. As we said, we did the promotion in the last couple of months and brought in 7 million new Sims players that we expect will engage in that community on a platform that is really tailored to user-generated content, creativity and customization.