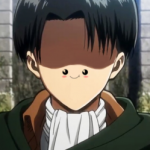 Lissmels Posts: 79 Member
July 2019 in The Sims 4 Ideas Corner
I have a lot of sims in my gallery that I would love to make occult when the time comes, such as various Harry Potter characters. However, with the current system, the only way to create occult sims in CAS is from scratch. This means that when Realm of Magic comes out and hopefully introduces witches and wizards, I have to either make all the characters over again, or manually turn them in-game, in order for them to become occult at all. Neither of these paths are ideal. And I'm probably not alone, either - many people have probaby found some nice sims to play with in the gallery, but they are the wrong species.

My suggestion is that we should be able to costumize the species of the sim the same way we custumize the gender, voice, age etc: in the custumization panel. It's only a small change, but it would massively improve the CAS creation of occult sims.
3