White
Sign In · Register
Home› The Sims 4 Modding & Custom Content› Mods & CC Technical Discussions
April 30 - It's time for our Friday Highlights! You can check them out here!
May 13: Today is patch day! 😃 To read the patch notes, click here! 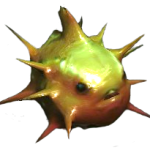 GrumpyGlowfish Posts: 1,582 Member
June 2019 in Mods & CC Technical Discussions
Sometimes, when you point the cursor at certain sims you encounter in public, you see titles above their names, such as "fitness trainer", "celebrity", or "military personnel". Is there a mod or any other possibility (by editing certain script files, for example) to give custom titles to certain sims?

As I explained in this thread, all the worlds have mayors in my head, but you'd never know because it's not an actual feature in the game. I tried to solve this by creating a reward trait with Zerbu's Mod Constructor, but couldn't get into it at all, and reward traits aren't visible on sims anyway unless you're directly controlling them. So instead I'd like a custom title to be displayed above a sim's name, like this:

Does anyone know anything that could help me?
Thanks in advance!

Something wicked this way comes!
1