Does the Sim's Surrounds Influence the Gender of the Baby? 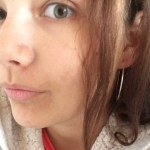 MSP_Chicken_Nuggets Posts: 23 Member
April 2019 in The Sims 4 Console Discussion
Greetings,
Recently my sim has given birth to a baby girl. The house my sim lives in is all pink and white so it's very feminine so is the sim herself.
Now after my sim given birth it made me think whether or not if having a pregnant sim around such surrounding that portrays a specific gender if it can predict and influence the gender of the baby.
What are your thoughts and experiences on this?
~ Social Media ~
Deviantart
Imgur
Quotev
Youtube
Wattpad
0