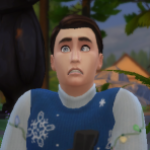 SeaDragonSong Posts: 2,311 Member
January 2019 in PC - Technical Discussions
After one of the recent patches, my cursor decided that whenever I launched the game, it would change to the loading blue circle (windows 10). However, the cursor never loads and remains like that as long as I play. I've never had any mods/CC and restarting the game doesn't fix it. I've also repaired my game, but it's still the same. The only time it was different was when I pulled out my game folder, and then restarted the game. I then put back the original folder and removed the mods folder (even though I don't have any). It was just a basic cursor then, but didn't last long as within a couple game launches it was back to the circle.