How Many Packs Can a Mac Handle? 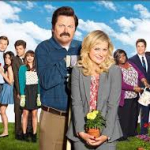 ChelsPlaySims Posts: 93 Member
July 2018 in Mac - Technical Discussions
I have a Mac computer that I share with most of my family. So far I have 3 expansions, 1 game pack, and 2 stuff packs, and my competitor works just fine, if not perfectly. About how many packs do you think my Mac can handle before it begins to slow down or break?
0