White
Sign In · Register
Home› Discussion› The Sims 4 General Discussion
Simmers! Did you miss the Behind the Sims Livestream on Twitch? You can still check it out here. You can also follow along in the dedicated thread here as well.
It's Patch day! The latest update is now live for The Sims 4 which includes a whole heap of bug fixes and console improvements. Click here to read the notes.
January 27th- It's time for our Friday Highlights! You can check them out here!

Parents doesn´t take care on their babies .. how is your experience ? 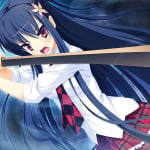 SimsCat84 Posts: 70 Member
December 2015 edited December 2015 in The Sims 4 General Discussion
I have already written this in the "Feedback" forum , but I want to write it here again in order to know how your experiences are.
I have a problem with the babies. Or better said, their parents.
It's bad enough for me that there are no toddlers, but I cannot change it anyway. :(
But what is also very sad for me ..... My Sims don´t react to their babies. Even if they are in the same room, and the baby is before them and is crying. If they do something at all times (which is more than rare), then they do it wrong. Instead of changing the diaper, or to feed, they talk to them or hug them. Then they put it back in crib and walk away. And the baby is still crying . I cannot understand this, they are their BABIES, they have to love them and take care for them. Not only when I command it. Voluntary. In Sims 3 it worked. They have immediately responded to the crying, and automatically interacts with their baby. Cuddle, playing, give bottle, change diapers .. they did it several times at a day ( also if the babies dont cry ) and without my orders. And they did always exactly the correct thing. Why not in Sims 4 ? Why ? I love it to play familys and I really love it to watch my sims when they have their free will turned on. But it makes me sad that they barely interact by themselves with their babies. Very sad :'(
12