White
Sign In · Register
Home› Peral› Activity
September 18 - Everyone ready for the Friday Highlight? It's ready for you here!

A bad day for my Sims I have not visited Del Sol Valley for quit a while where I keep my famous Sims; Mr Bean, Basil Fawlty, Marilyn Mondieu and Douglas Fairbanks but since it was time for a Sims new year I thought wath better place to getting it over with?! As soon as I started the game my Sims complained about the bad air around the ridicoulus expensive lot. Apparently the bad air from ECO lifestyle had spread. Before I had a chance to make a plane to deal with the situation, Douglas Fairbanks set himself on fire! Mr Bean called the fire department who after long last put him out just before he got up in flames. Now I should be able to rectify the situation although every Sim being tense. I would be able to deal with the upcoming new year and the bad air from Evergreen Harbour. But then one of the firemen set herself on fire, and before Douglas Fairbanks put out the fire one of my Sims called the fire department. When they arrived there was no fire to put out so my Sims got a bill. 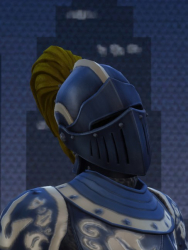