White
Sign In · Register
Home› Forum Ideas & Feedback
January 15 - Is everyone ready for the Friday Highlights? Check them out here.
Welcome to all new Simmers joining us over the holiday season! 🎉 Have fun on the forum and please make sure you check out the forum rules and
the rules about necroposting.
December 22 - It's the time of year again: Join the 12 Days of Simsmas! 🎄

So, EA...Are you going to fix this game? 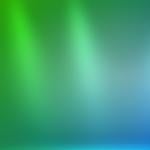 extremeasaur Posts: 2,701 Member
November 2012 in Forum Ideas & Feedback
Really, Are you going to fix this game.

If you read this forum, and you CLAIM you do, then why is there no fix for the mess you have made with seasons?

It appears all mac users are screaming their heads off at you and you do nothing.

Can you at least acknowledge that you have a problem,you know the problem and you are going to send people a fix?

What's wrong with you? Do you just not care at all?

Really, is there anybody out there??
0