White
Sign In · Register
Home› The Sims 3› Creative Corner› The Sims 3 Stories and Legacies
July 27th - Bug Fixes! Catch up on the fixes with the latest patch click here
Sul sul Simmers! Join us for the Inside Maxis Livestream HERE today, August 3rd, @11 AM PT / 6 PM UTC! 🎉
July 30th - It's time for our Friday Highlights! You can check them out here!
Catch the Simstogether Series Livestream and the streaming schedule HERE. Livestreams happening everyday, from August 3rd to 6th, @11 AM PT / 6 PM UTC! 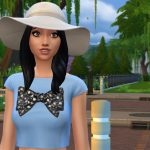 Chapter 64 of two chapters. I hope you guys enjoy reading as much as I've enjoyed making chapters over the past year! Recommend if so

Guys, as some of you may know. I will not be writing anymore on this site due to the fact my laptop is completely turning down the sims 3 whenever I play the sims. The update after I installed outdoors living kind of just sent my game tumbling downhill till it hit a pile of dirt on the ground and smashed to pieces! XD Which obviously is stopping my sims 3 experience which I have loved to pieces!

Now you guys are probably wondering "Yes but the Breeze's were your latest thing. Why are you on the Clarke's"

When the Clarke's were always the ones I loved and the ones which got me known to you guys, and I've always felt a bit sly on you guys for myself ending the legacy without a warning. Just one day a few events happened and I said "Right it's ending"

So...My point is, I am leaving and I'd like to give you guys what you deserve. Before I ending these guys I had TWO ready made chapters which failed to make it to the storyboard before the ending. The other day I was routing through my Live Writer and I found two written up chapters!

So I'd like to leave by giving you guys a present. I'll be uploading chapter 64 and 65 soon just to say, thank you....And maybe quietly weep over the fact I cant write with my sims anymore! KEEP YOUR EYE OUT. They'll be here soon

Hey fans you've just fell onto the Clarke residence, obviously Tyson,Keltia,Ruby,Freya, Trey and everyone else aren't here right now because there stuck in the game somewere so I'll just do the explaining

Anyway if you don't know the Clarke's than here is a rundown of are heirs...So far!

Here's are founder, Tyson Clarke. With his crazy antics and the fact he was a firefighter gave him the courage to go after any girl he desired. Lauren was his first wife,giving him 3 children, although half way through their marrige he realized that someone else had taken his attention. That was Tara Swan and that's were his marrige with Lauren ended. After having 2 children with Tara, Clarke realized that he wanted Lauren back and with a click of his finger she was back in his life. Leaving the first generation happy!

Here's the second generation heiress Keltia Clarke, Tyson's second born. Keltia unlike Tyson was much more evil minded and often thought up plans to ruin the life's of others. Including killing her ex-step-mother by locking her in a room. Keltia had 5 children, Shayne,McKenzo,Ruby,Bella and Cassey who Keltia brought back from the time machine. When Ruby and Bella were kids Keltia broke the news to her fiancé James on her wedding day that his brother John was in fact the father to twins Bella and Ruby. James left Keltia that minute and the wedding was off. Keltia got over it though soon died of electrocution from the one thing she loved the most...Inventing!

Now we have the 3rd generation heir Ruby. So far she has had 6 children... Edge,Jacob,Aqua,Alesia,Shontelle and Freya. All these children belong to Ruby's fiancé Zac. Though things started to go downwards for the couple as both of them had there eyes set on other people. While Zac became serious with the household made Ruby was more thoughtful and didn't go any further with Kane, a past friend. Though when Zac left without any sign of leaving, Ruby decided that loving wasn't the thing for her so when Kane offered to get away with her she declined his offer, that's were things became ugly. Kane was not happy with Ruby his love had rejected him on several occasions. Zac returned a while later asking for Ruby's love. She told him were to go.... After tones of nasty emails towards Ruby from Kane, Zac returned and this time Ruby accepted his apology! Both of them got married a while later. Though things went even worse as Zac was held prisoner by Kane and later killed! The story line came to an end in a special Clarke episode, Ruby sacrificed her life to kill Kane saving Freya from death herself! It was one heck of a generation!

Freya Clarke was crowned the 4th generation heir and was probably the most hardcore heir to date! Her generation was pretty calm she met a guy called Trent and both of them went on to have 4 children...Trey,Ela,Luna and Serena. Everything was fine until Freya lost both of her parents in a matter of days, in the Clarke special.

After 3 generations of women raining over the Clarke's, a male heir was finally chosen to take the throne once more, and that was Trey Clarke. Trey didn't have the most dramatic generation. If anything he experienced the night life that no other Clarke had experienced before. He also took the Clarke's to a whole new level with being the first Clarke/Vampire. Trey married a women named Katrina and went on to have 6 kids.

Having been neglected by her father (Trey Clarke) for most of her child-hood, she often kept her feelings to herself so when chosen as heir she didn't have a care in the world at what other people might think. She quickly went on to have a full time relationship with none other than the Clarke rivals...Dave Kendle. He knew about Fate's first affair, which ended up in a child not being his and he was fine with it. Though since Fate got away with one affair she thought it was OK to go on and have another 3! Which by doing this she went on to having 3 pregnancies. Through all these pregnancies her fiancée by now (Dave Kendle) Thought that everyone one was his. Though it was only on Fate and Dave's wedding day when the kids turned on there mother by inviting all there father's to the wedding. And that was it...Fate was left a lonely women and the kids were finally happy to get back at the damage there mother had caused them.

With her strong mind and her clever actions Essence became a very big favourite in the 6th generation as her and her sister made sure that their mother's wedding day would be ❤️❤️❤️❤️. She soon became heir and had probably one of the most hecktic generation in Clarke history by having not only twins, but one lone child and triplets. Though one thing made this women special, she had a truly amazing relationship with none of than Luca Heart all the way from the Heart family legacy. The only down moment in there relationship was on there wedding day when Trey Clarke the 5th generation sadly died (Weddings cant ever go happy in the Clarke household)

Ivory was chosen as the 8th generation heir! In my eyes, I think she was chosen because of her looks in all honesty at the time of the heir poll she wasn't the one with the best personality. Her hair colour was extremely unique and that's what won over tones of people. Though through the 7th generation she developed a very humorous personality. She was scared at almost anything and had a constant worry about thinks going wrong. Which made her in my eyes, one of the best heirs to date! In the first chapter of Ivory's generation, she experienced a one night stand were the guy she'd just gotten pregnant with left the house the next day. Leaving her on her own to have her first child. Though things became better in Ivory's life as she moved house and met a guy named Ashley who she went on to have 5 kids with him. Though what was to unravel in the next generation would lead to a 3 part Clarke special.

Heiden Clarke was chosen as the 9th generation heir, beating 5 other Clarke's. He was quickly a favourite with his stunning looks and very cute relationship with Storm. Though when Heiden was chosen as heir, his relationship with Storm quickly ended though as sadly, a glitch in game wouldn't let me age up Storm! So a spouse was chosen for him and that spouse was the woos Sam. Him and Sam were a very cute couple themselves and went on to having 4 boys. Though Sam had left by the end of the generation having committed a murder. Why this? Well Ashley had lost interest gratefully in Ivory by mid-generation 9 and turned to Sam for fun. Though Sam loved Heiden and she didn't want anything to do with the guy. That's when things got serious and Sam was forced into things that she'd never wanted.Leaving her pregnant with Ashley's child. With anger all through Sam she ended up poisoning Ashley for what he'd done. Leaving Ashley dead and Sam a murderer. Not being bale to deal with the guilt any-more Sam took her newborn child (Ryan) one evening and left the Clarke's...For good.

Ashton Clarke, son of Heiden Clarke became probably the most cutest male toddler ever to step foot on Clarke turf. He experienced a very hard challenge in become heir when up against his 3 other brothers who were just as cute and just as amazing as himself. But he pulled through and you guys chose him to become the 10th generation heir. Ashton went on to marrying non other than Verona Lune from the Lune legacy and went on to having 3 kids. Walker, Basil and Bailey who re-wrote the record books on become the cutest toddler ever.

As said above Bailey was the, and I do mean this. The cutest toddler ever, though not only the cutest toddler but she stayed cute and by far one of the prettiest Clarke's ever. With her love hate relationship with her brother Walker she was chosen by you guys as the 11th generation heir. Bailey went on to being not only the best looking Clarke but she was the first to marry a ghost and have ghost babies with him. Though if those records weren't tough enough to brake her generation was the longest ever!

New generations do not begin with chapter 1 but continue on from the last chapter!