The Mysteries of Riddle Household 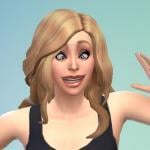 Gigidawn Posts: 898 Member
June 2010 in The Sims 3 General Discussion
So.. on the topic of the Riddle household.

Does anyone think the name for Di. L. Emma Riddle might be a play on Dilemma Riddle?

And Anna Liza Riddle.... a play on Analyze Riddle??

Or do you think I am way off base. This topic on the Riddles has me curious!