This is my Simself, Lisa Dawnlight and her 3 kids, Dawn who has the wild trait, Willie has the charmer trait (light brown hair and stripped overalls) and Nathan has the silly trait (dark brown hair and blue shirt/shorts) who she's holding.

She had a one-night stand with Don Lorde who is an acquaintance of her best friend's boyfriend after having one too many drinks of nectar and this is the result of the one-night affair.

After she had gotten pregnant, she had told Don that he was going to be a dad of 3 but he insisted that he wasn't ready to a dad, so he stormed off and left her alone to face the future alone. 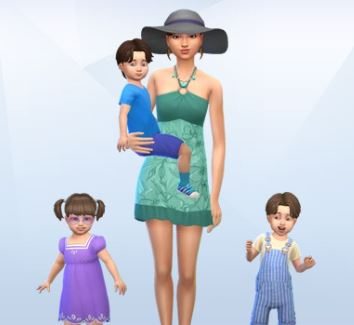 A year and half after I had given birth to 3 babies, 2 boys and a girl, their dad decides that he wants to be a part of their lives. Of course it might have something to do with the fact that I was told to move out of my roommates house as she was getting ready to get married and she didn't need us there anymore. So Don had found out through a mutual friend of ours about me needing to move out and not having a place to live which meant that we would had been on the streets if Don hadn't offered to live together and so he didn't want his kids growing up on the streets. 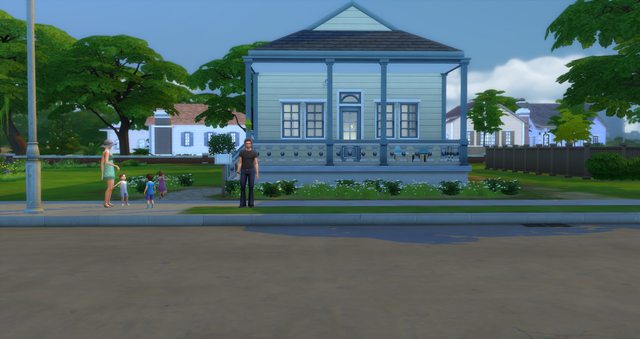 After moving into our little 2 bedroom house, Dawn and Willie head into the house while Nathan stands by me waiting for me to go inside as well. Of course for now, the 3 toddlers will sleep in one room while I have the master bedroom and Don will take the couch until the extra room gets added on as we had agreed that we won't be sharing a bed until the time comes on whether or not we decide to become a couple. 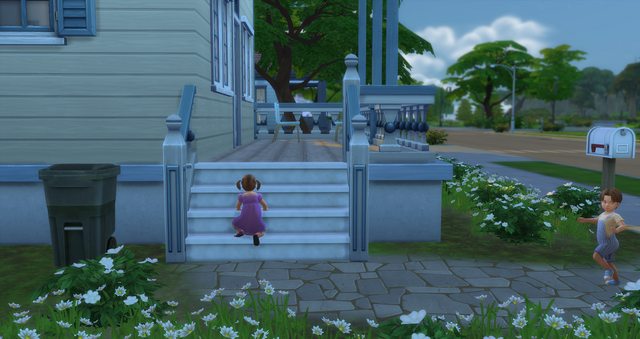 While we still moving in, Katrina Caliente and Don Lothario were both jogging pass the house until Don decided to drop to the ground and do some push-ups and Katrina decided to stop and wait for him to finish up. Knowing Don who thinks he's a modern day Don Juan, he probably stopped to try and show off for me thinking that I'll be interested in starting something up with him which I WILL NOT be getting involved with the likes of him. No way, no how and not ever. And besides, I'm hoping that Don Lorde will be the one that I end up with since we do have kids together and I do find him extremely attractive. 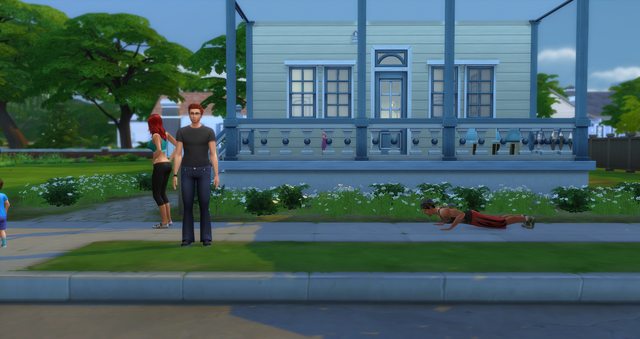 After Don was done with his push-ups, he stood up and talked to Katrina before taking their leave and jogging back up the road to their home.

In the meantime, Nathan and I both headed into the house while Donny stood outside taking in the view of the street before he came inside. 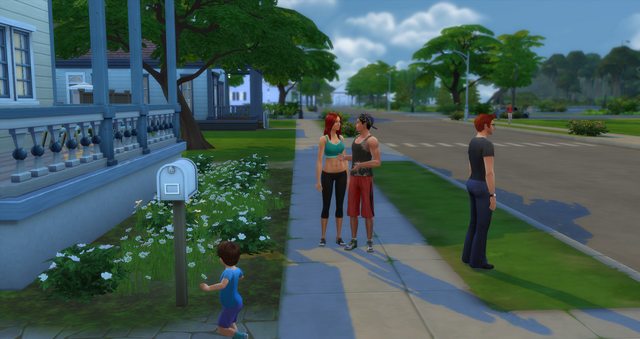 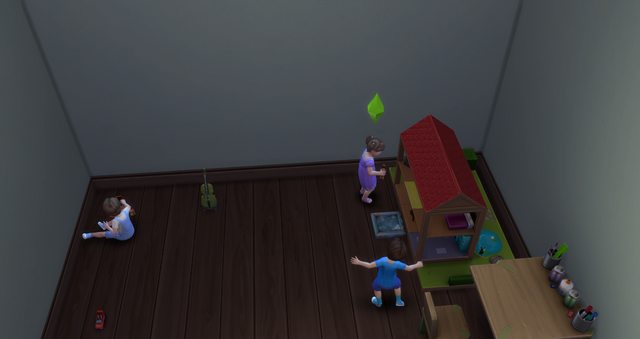 He watched his sister playing with the doll and decided to play along with her for a little bit. 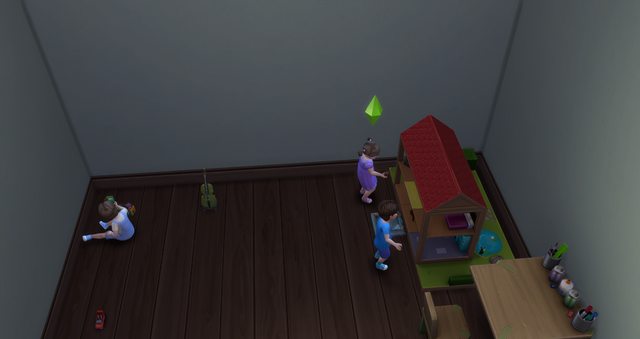 Once Dawn was done playing with the dollhouse, she decided to come out to the kitchen as she wanted to check it out and to see what she can get into. You know how toddlers are with their exploring their surroundings and such just so that they can see what mischief they can get into. 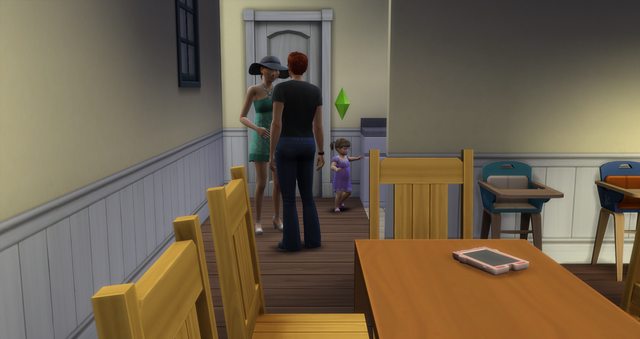 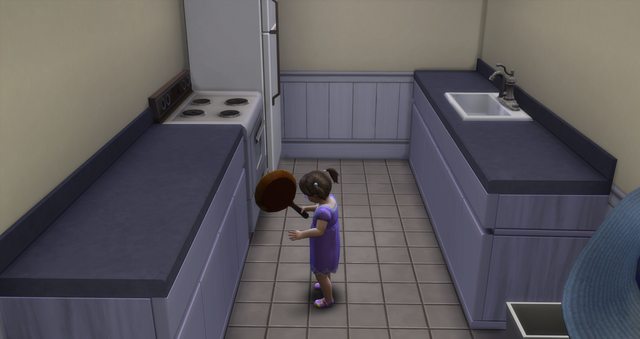 I had told her to stop but she wouldn't, so I took the frying pan away from her and returned it back to where is belongs. I then pulled out the flash cards and started to show them to her so that I can tell her what's on them and try to get her to repeat back to me what I just told her. 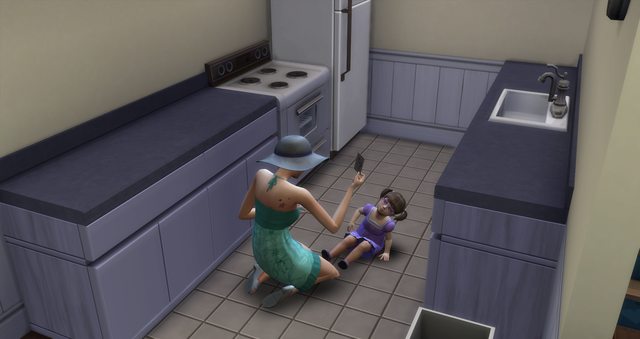 When Willie was done playing with the nesting blocks, he went over to play with the dollhouse. All of this playing helps with their skills which they need to get up before they age up to being children. It's best to start teaching them their skills now so that they can be ready to go to school when they reach school age and it also helps them socially and emotionally when around other people. 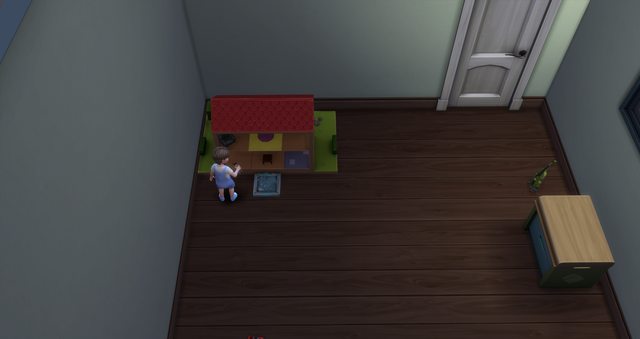 While I was still inside showing Dawn the flash cards, some of the neighbors came over to greet us to the neighborhood. They didn't come inside as we had already locked our doors to everyone but the household which was a good thing since we really don't have much room inside for a lot of visitors just yet. 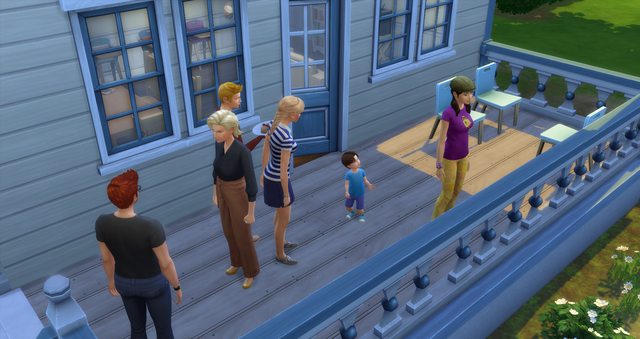 Donny greeted the visitors while Nathan went over to say 'hi' to Liberty Lee who said 'Hi' back to him. 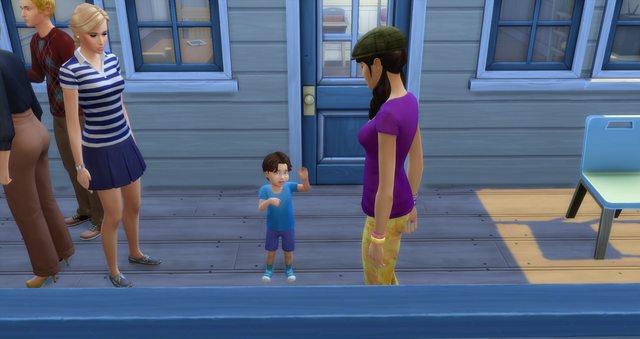 After he and Liberty Lee waved at one another, Nathan went over to the chair and started to climb on as he wanted to sit down. 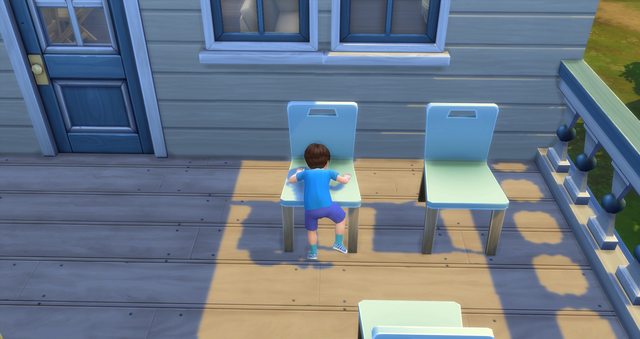 So cute how they climb up on furniture to sit down or to take a nap. 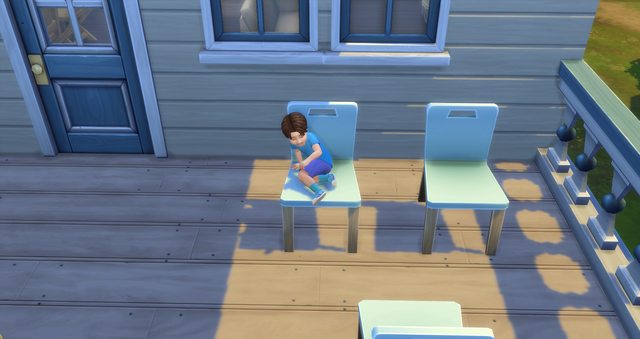 Dawn was getting a little restless sitting there looking at the flash cards and stood up to get a closer look at them before deciding that she had enough of them for the time being. 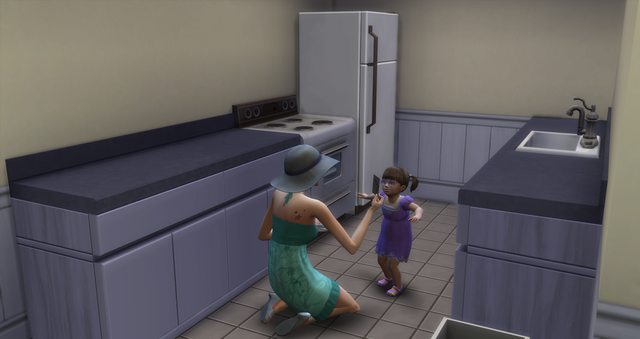 Dawn went out to where the dining room table was and sat down on the floor next to it and pulled out the WABBITT TABLET to draw on. 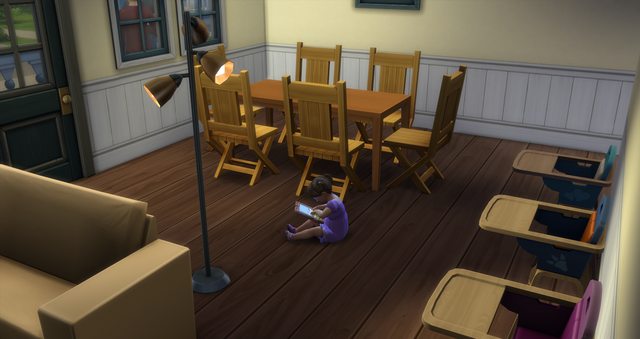 Dennis Kim then decided to come up to the porch to introduce himself to Donny and to see how he likes the neighborhood so far. 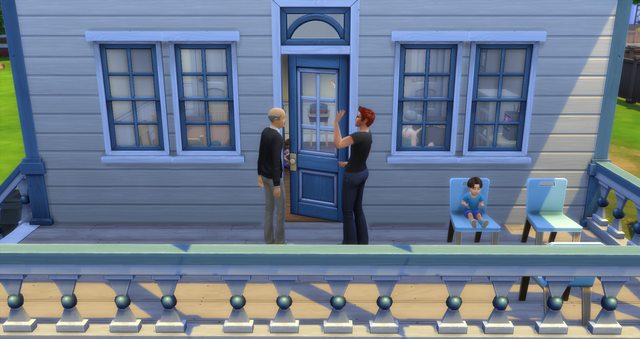 I went out to the living room and was telling Willie a story when Nathan came inside to listen as well. Donny had then invited some of our visitors inside so that that they could come sit down and talk for a little bit. 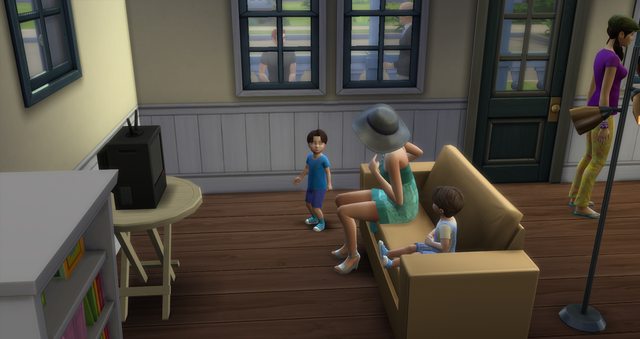 All of the toddlers all were doing something whether it was on the tablet or listening to me tell them a story while Liberty Lee just stood there. 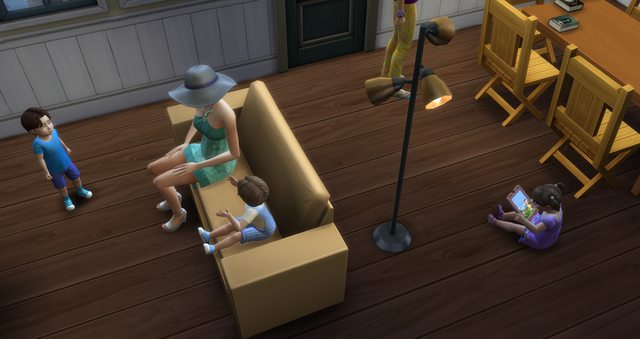 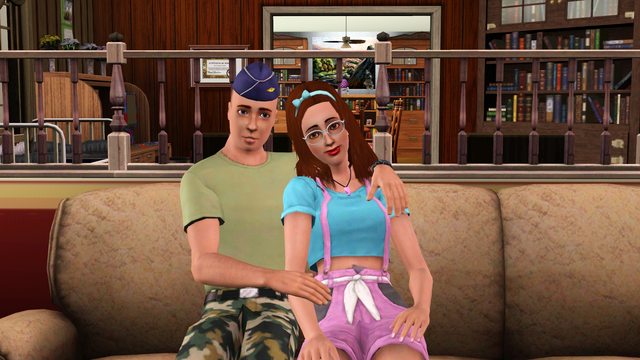