White
Sign In · Register
Home› The Sims 4 Modding & Custom Content› Gameplay Mods
January 14th - It's time for our Friday Highlights! You can check them out here!

Is there a mod that adds the Acting skill to the Drama major? 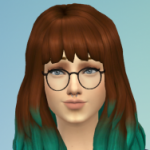 Emmy_Sims Posts: 319 Member
November 2020 in Gameplay Mods
I still can't believe the Drama major wasn't integrated with Get Famous, specially because GF is older than DU. Since this major boosts the Acting career and while I deeply wish for an official update on this, I know this is unlikely to happen. I could just leave college but this way the Drama major makes no sense... so, are there any mods that change major curriculums? Is that even possible?
Jar Jar Binks is a Sith Lord
GALLERY | TS4 FAMILY TREE
1